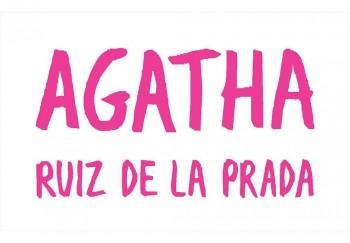 Agatha Ruiz de la Prada studied in the Escuela de Artes y Técnicas de la Moda of Barcelona. At 20, she began working as an intern in the studio of designer Pepe Rubio in Madrid. A year later, she presented her first collection in Madrid at the design centre LOCAL and ever since her designs have been shown in the international capitals of fashion: Paris, Milan, Berlin, Madrid and Barcelona.

After many years on the catwalk, Agatha Ruiz de la Prada defines herself through contrasts and contradictions. On the one hand there is the lyrical, conceptual and artistic flair of her collections; on the other the commercial side, with clothes that are comfortable, wearable and accessible…

Choose, try the next day and return your product for free. Valid for purchases over €39.00